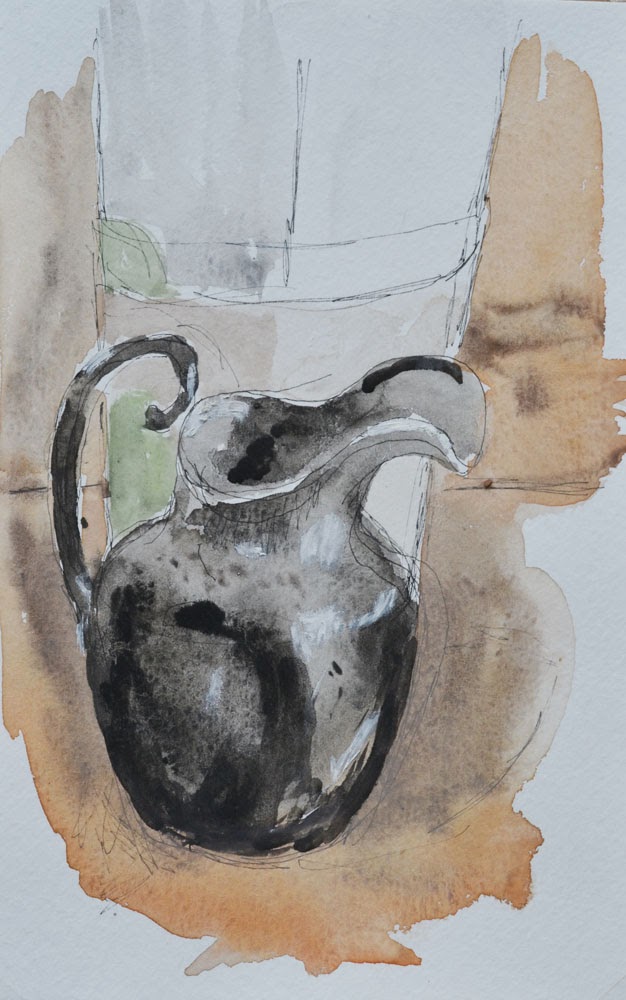 Since shoveling twice, the sciatic nerve called a halt…and I got another prescription for physical therapy. But first, a week earlier, I tried the advice of a friend and went to the Russian bath house, Dillons, here in Chelsea.What an amazing place. Women's night is Monday, 4-9, and one woman told me she's been going for 20 years, with the exception of an illness, brings her dinner, leaves with her pajamas on when it closes. Quite an amazing place. $23 to get in and use the sauna and steam, neither of which are to my rase, and $45 for an hour massage (plus tip,) four women in a narrow dark room, new age music. My woman had fingers of steal and I could straighten up the next day. Quite amazing. What would my feelings for this little city be if I'd started doing this twenty years ago?

We'll see if the physical therapy works. It did last time, six years ago. But I haven't made much progress so far, one visit only… and an hour drive to the drawing class and too long spent bending my neck over to complete a curious exercise in redrawing into a failed drawing and continuing to work on it. The class is designed for folks who are painters, so I'm a bit lost, but I've watched the bit kids long enough to have learned a few tricks so I knew I could use charcoal, and ink and scissors..all sorts of tools that I could never have imagined using. If I'd been able to stand up and do more than hobble afterwards, it would have been totally successful. I'm so type A that I get furious if I'm impaired, as I often am, by some ache or another. 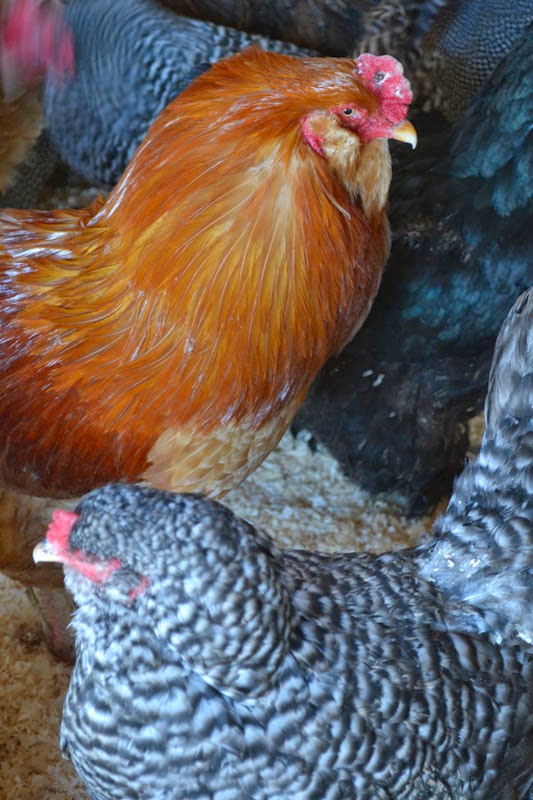 I've had a lot of chances to take photos of Lee's chickens and Seamus, her Irish Wolf Hound. Now I'm making weekly visits to photograph the puppies that Goose had via c-section. Lee was lent this huge dog to whelp the puppies, a task which is, probably, a good deal harder than helping Thoroughbred mares. She's virtually watched them, except for four hours a night, since the five of them were brought home from the vet, each just about a pound. To me they look like pit bull puppies… or little rats. Highly unimaginable that they will become huge shaggy dogs that lope along agreeably.

The first time I drove to Lee's farm, Lion Spring, it took three hours and many questions to strangers. Now it takes about an hour and 15 minutes. And she's great company, a exuberant talker, my favorite kind of person. 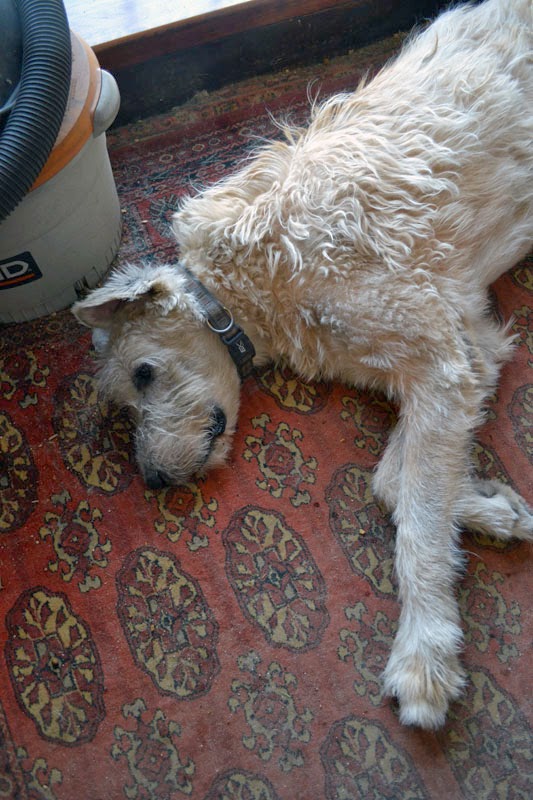 This is my experiment, whether it's possible to link a vimeo video to the blog because I need to make one for the Chelsea Community Garden….
so, hopefully, if anyone gets to watch this video about the puppies, I'll know that my next task, or is it the one after the next task, will be possible. 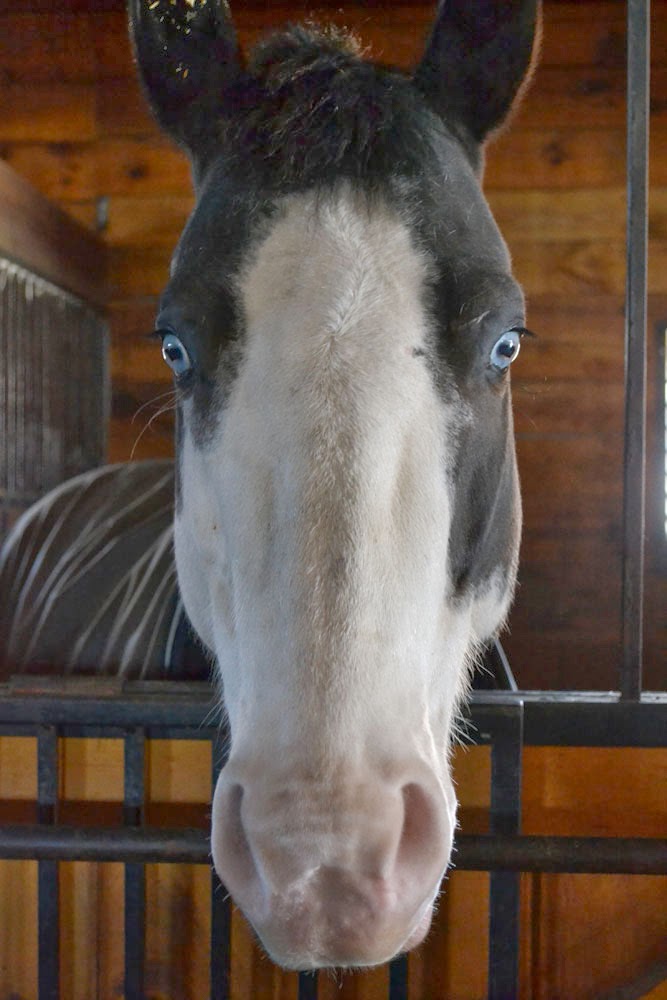 And I've been working on a project with Linda Hart-Buuck about her Thoroughbred, Layla…video taping as she moved from the racetrack to her next career, whatever that turns out to be. Recently, we went out to the barn, another very long drive, and I had the chance to photograph this horse which is a special something or other breed, not a Thoroughbred, but special none-the-less for some reason or another…I don't like horses, actually, they are too big and, to me, unpredictable, especially Thoroughbreds. So I maintain a level of fear about them, but this horse is such a beautify with those gorgeous eyes. The owner has two others and seems to collect them…

So, it's one foot-after-the-other, though I can't keep thinking about discomfort and aging and sorrow. A dear friend died not that long ago, unimaginable. I think about those early days in New York, sharing the kids, all the help she gave me, her laughing nature and sheer practicality. She was the only person I knew who had a similar career as a photographer and teacher, though she worked far harder than I have, and was a far better academic who took all that very seriously. I'm so sorry she's gone.

But it's still one-foot-after-another to accomplish what I can before I can't.
Posted by melissashook at 11:32 AM 1 comment: