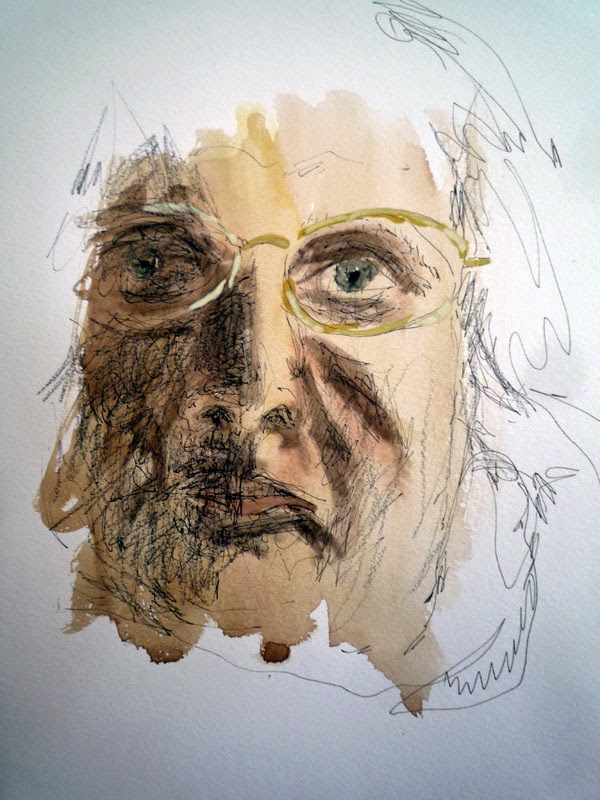 The season is over! From Thanksgiving to X-mas a cloud comes over me. But I fought it mightily with morning doses of BBC mysteries and with the help of good friends and family … It comes over my brother, also, who is 91 now and not in great shape. So, it's a family thing.

But I'm grateful for having had more than a decent time and for the lovely moments with friends.

All my new photographs are locked on my glorious new iPhone, so there's nothing special to put up… wait a week and they will appear…  I can't tell you how much I love this expensive toy which I bought to start a new series of daily self-portraits. I'm allowing myself the luxury of composing backgrounds into which I peer. They have a formal quality which I'm not generally interested in, since I like a bit of mess here and there. But it's been an interesting month of following this particular idea in this long project….   and, even though using the face of the phone as the camera produces a smaller file, that's what I've done. Did I say all this before? Probably.

And the great thing about my phone/camera is that it counts my steps. I always get up to a mile. And with effort, I get to two or three miles…   which hasn't helped because I gained 8 tens of a pound this month. I go to Weight Watches on the last Saturday of every month to check on myself. The problem can't have been the  wonderful apple tart that Mim made…I know she used very little sugar and only the minimal amount of butter in the crust…but I caved into cake and icing at Jim and Orson's….rather than eating his pear pie…      So, it's back to kale soup and 3 miles a day.

Maybe I've showed Big Face before. I'm hoping that in 2015 that the fellow who rescues cats is able to get him. He's been out for years and comes around for food fairly often. I put cat nibbles on the  first floor porch (which the birds also eat) and bird seed upstairs which gives Sherlock something to watch from inside.

When I sent to the eye doctor a week or two ago, he confirmed that my vision really is worse, nothing like the way it was after cataract surgery. And he thinks it's caused by a membrane that fills the space in back of the new lens. In 20-25% of people, this becomes like wax paper, with wrinkles. This has most probably happened to me which makes it harder to write since I can't accurately tell what I've written unless I enlarge the image on the screen, which I just did. It's not a serious problem and can be corrected with an in-office laser treatment. Magic of modern medicine…or the skill of modern medicine.

It's been hard not to be depressed by the new of the CIA and the so-called enhanced interrogation. Read torture. 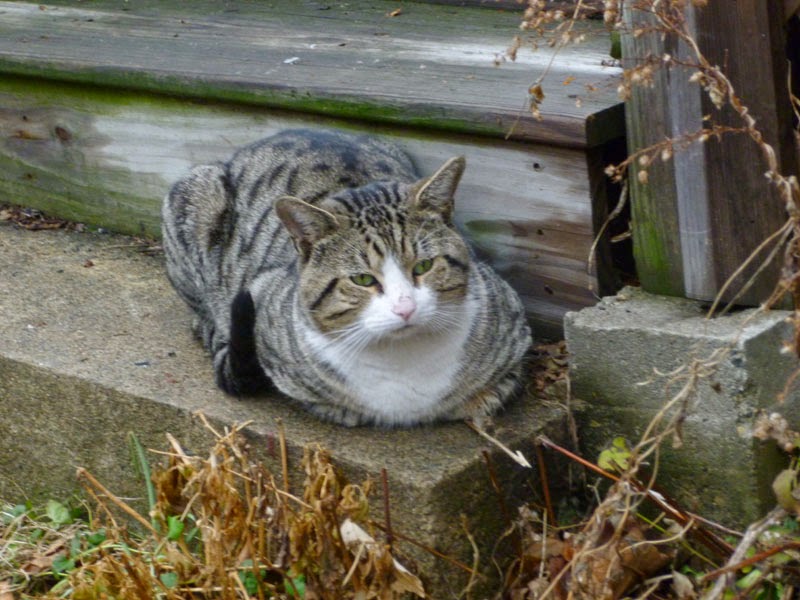 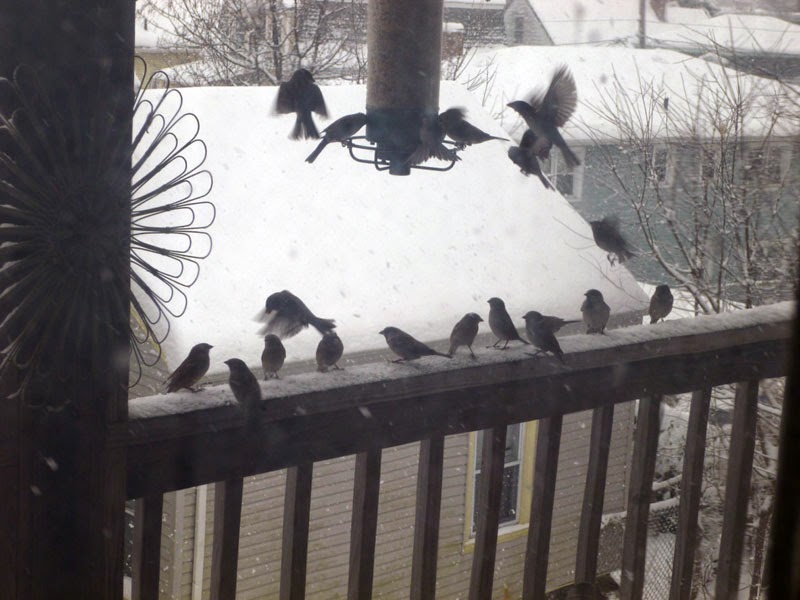 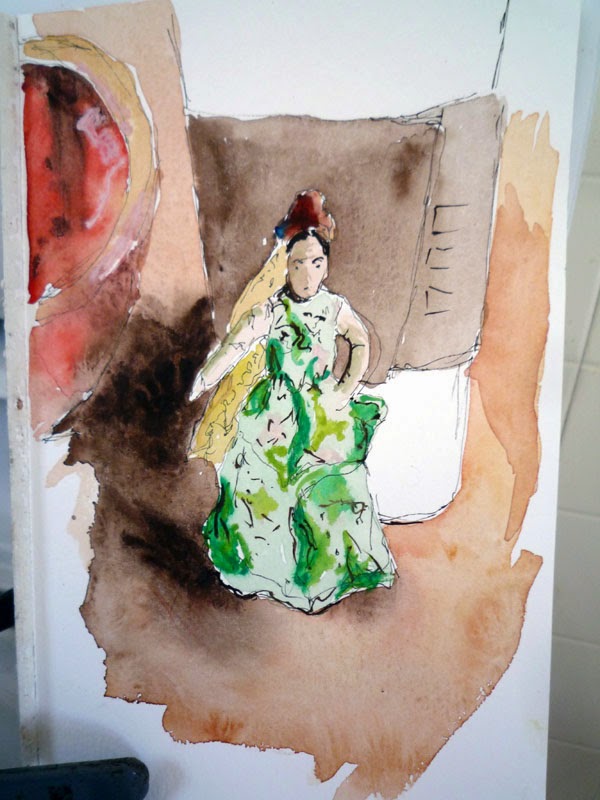 And wishing happy new year all around…. 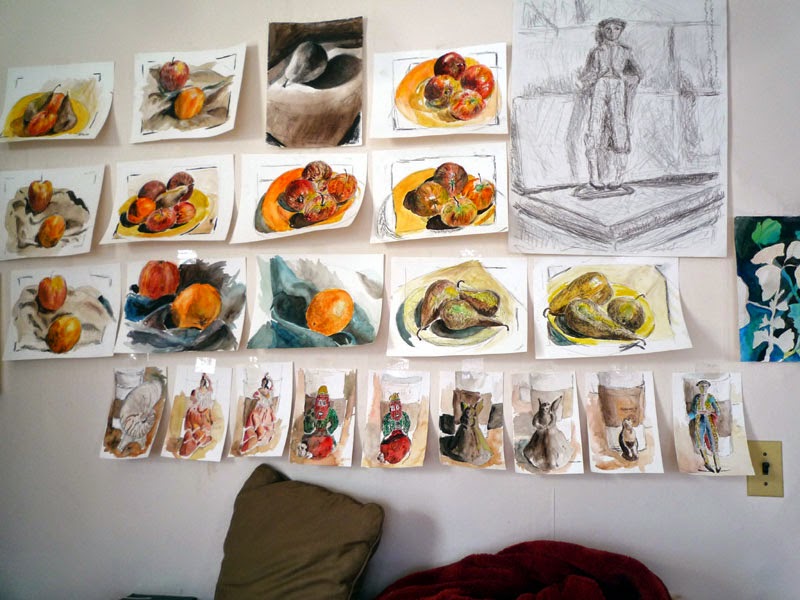 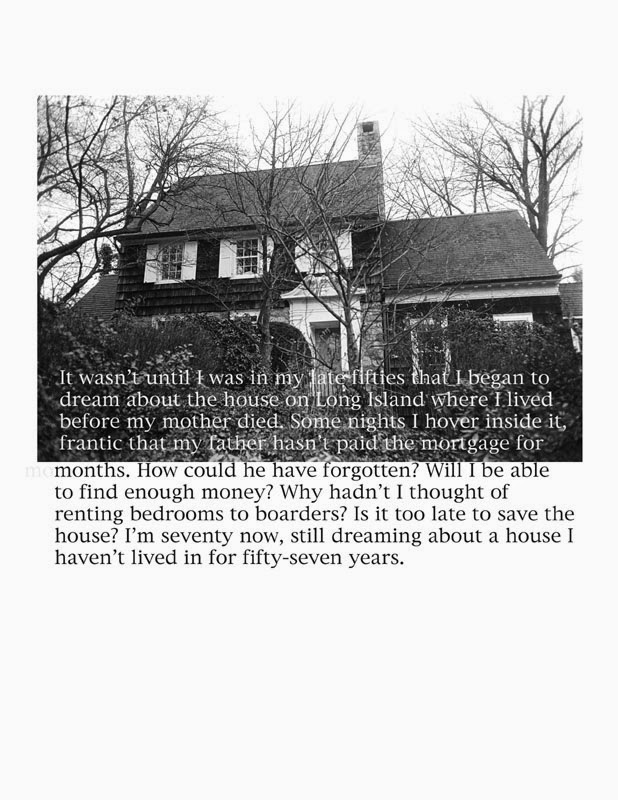 Posted by melissashook at 7:27 AM No comments: 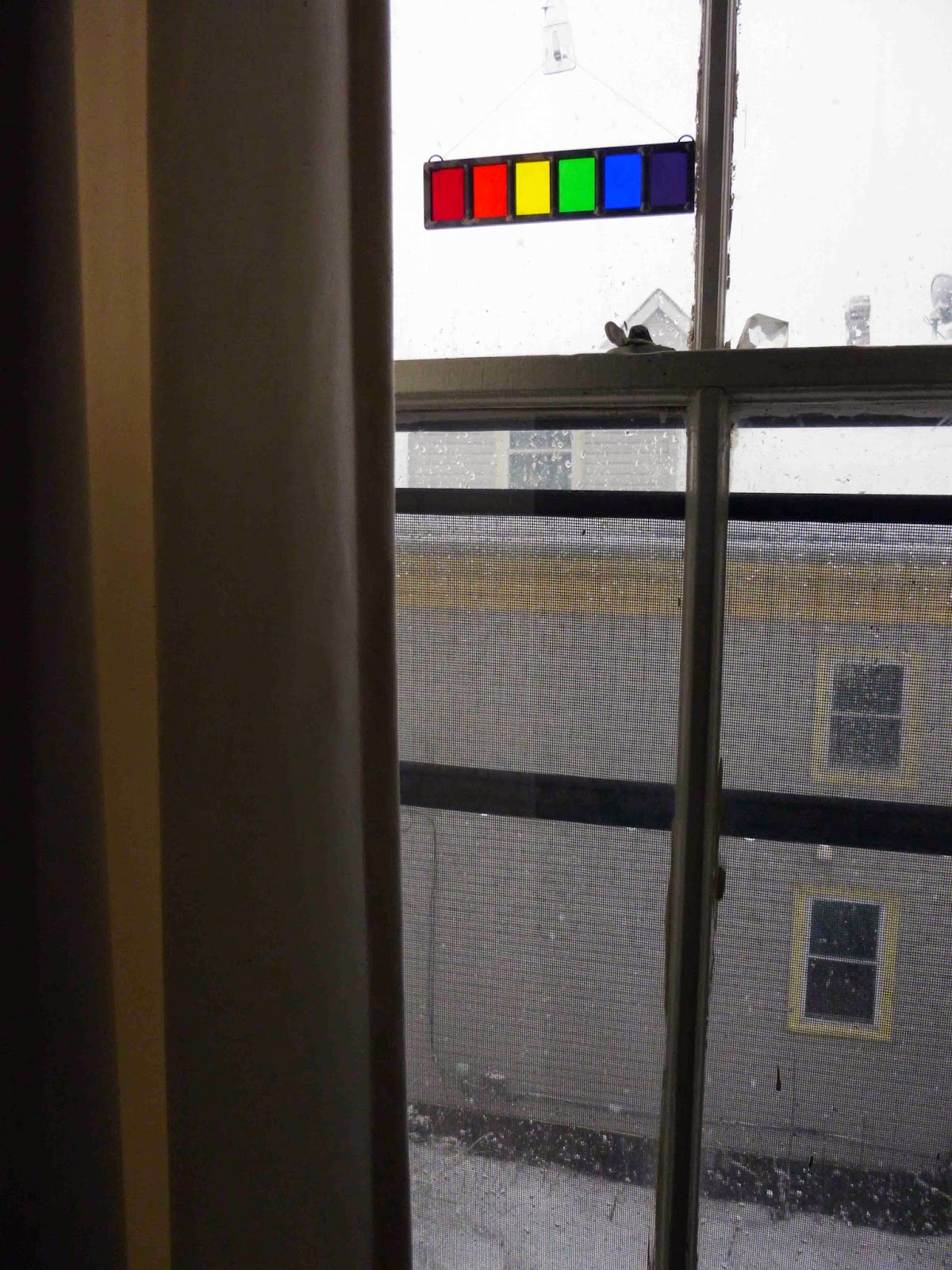 It's nice that this photo came up first, a stained glass rainbow piece made by Michael who died unexpectedly more than a year ago. He was a gentle soul with the most gorgeous face, of Greek descent with great bone structure and an excellent personality. I got to video tape as he put in a gorgeous window that he'd made for a man who turned out to be entirely untrustworthy and is now in jail. Michael was the picture of health, but died of an aneurysm. 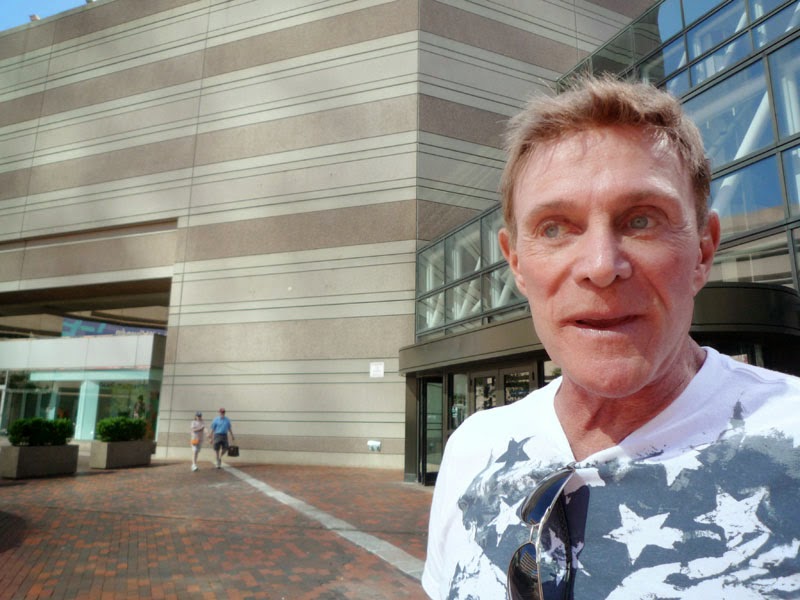 Jimmy Sullivan died last week, or as Smith says, he's really cruising in Florida. His fifteen lives are finally officially over, though I can hear him talking still.

I was fortunate to meet him through Jim Anderson, his good friend when we were both there for dinner…. When I heard Jimmy tell part of his story…being gay bashed in the early 80's and recovering from brain damage, returning to being a male after a heady time as a female prostitute and so on and so on, one story after another from this man who lived large and fully, I couldn't stop myself from asking whether I could make a video…

Unfortunately I started  it right after I'd been sick and I just wasn't able to do him justice, make a film that was strong enough to allow viewers to understand his trajectory from an abusive home through drugs and addictions that substitute for love.

I wish I'd been able to make a better film….  But I thank him for all he told me and Jim Anderson for introducing us and showing me what being a good friend is…He was with Jimmy to the last, having gotten him into the hospital and then out of it so he could go back to his elegant apartment.

When I visited Jimmy while he was in palliative care, the nurse asked if I'd give them the film so they could see who he'd been. I didn't get around to it before he felt well enough to leave…but I should take it to them now…


I have no idea why this dinosaur is here, but I like this drawing. I'm trying to get back to drawing after spending months working on videos for a new website pulling together long, long, long video interviews of folks who worked on the backside of the racetrack.     www.pennyanteproductions.com
I can't imagine that many people will have the patience to look at them since they aren't shortened and dolled up into soundbites, but I'm glad some of them are finally viewable…

The dinosaur was a present to my daughter from her grandfather quite a few years ago. I'm afraid that I liked it better than she did and have used it in watercolors of objects that are meaningful to me. He also sent her the skeleton of a giant beetle he'd found outside in Nova Scotia. She didn't like that either, but I kept it… 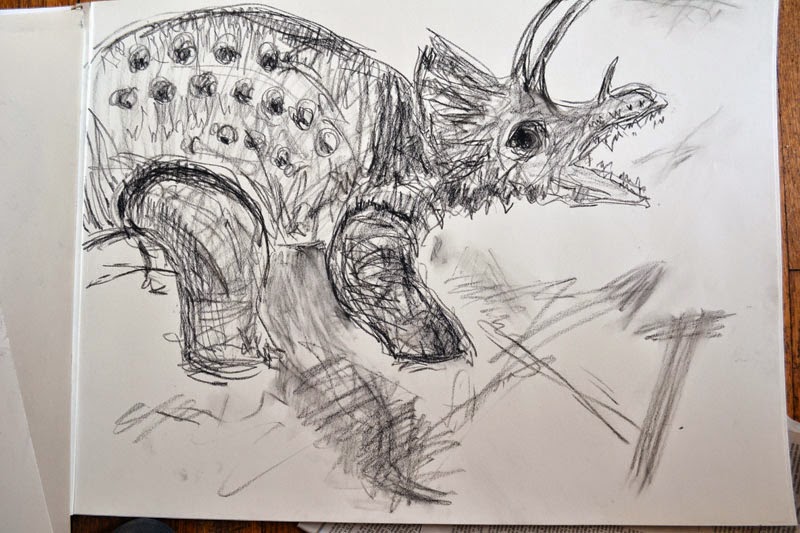 And old photo from my mushroom collection. What does this mean? What does it all mean?
One foot in front of another. 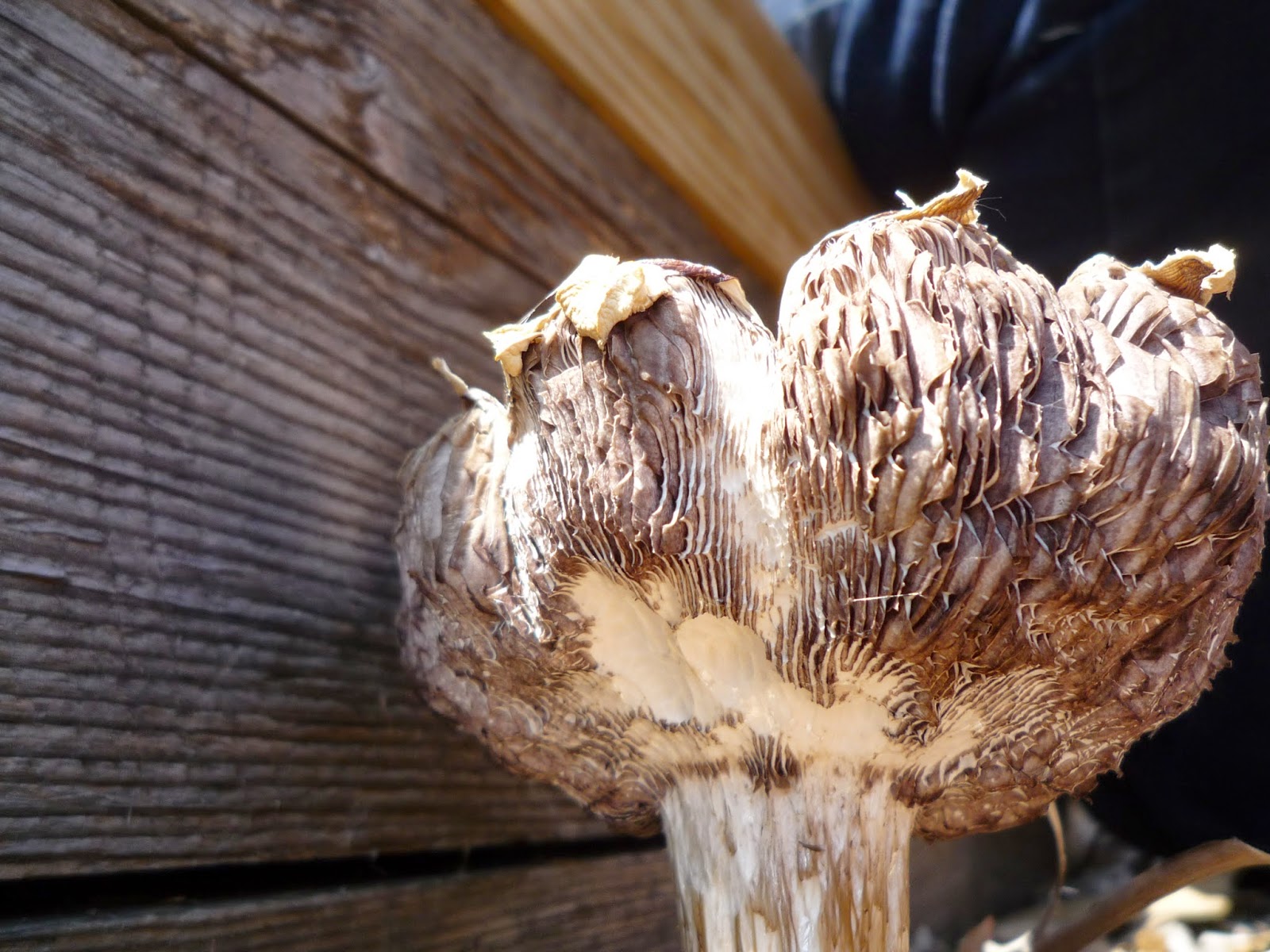 Posted by melissashook at 4:08 PM No comments: 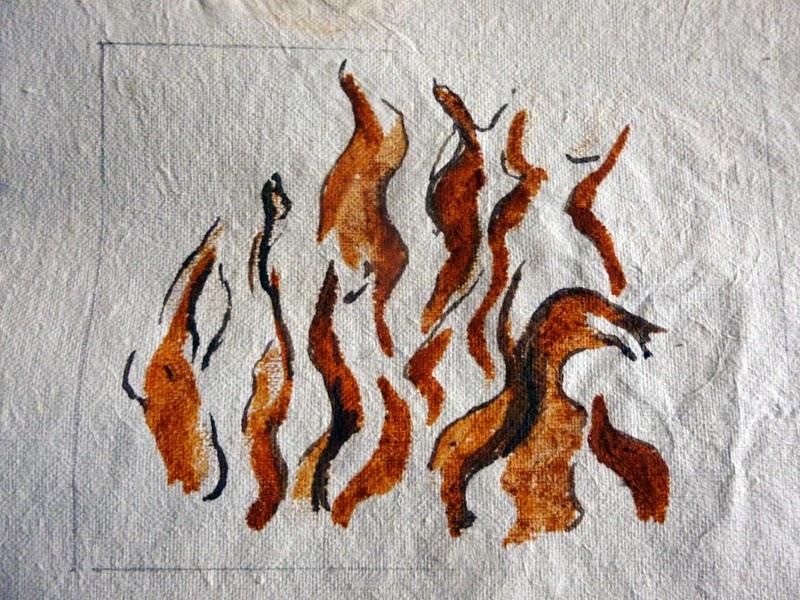 Pyromania is the title of the January show at Atlantic Works. This drawing was done with red clay from Georgia and dirt…It's one of six on a large sheet of handmade paper and will have text. I've never tried to think about this type of problem…  The camera is so limited. 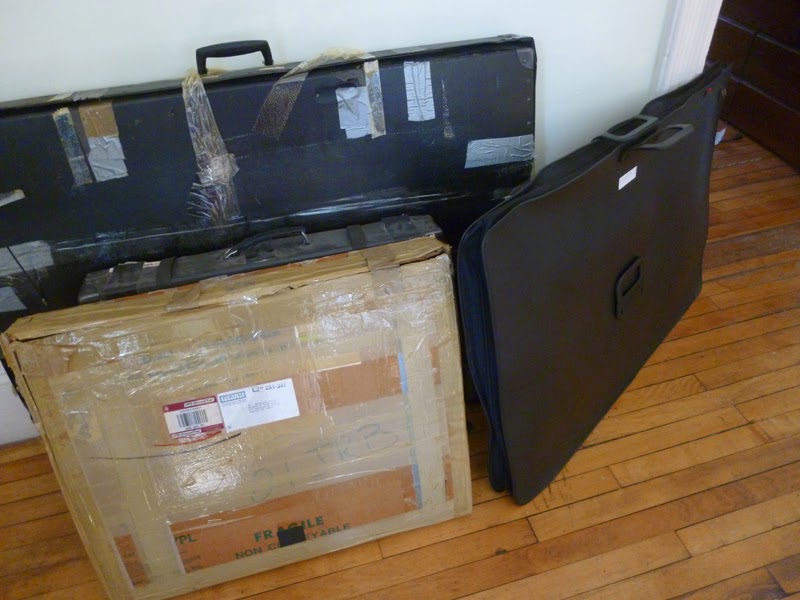 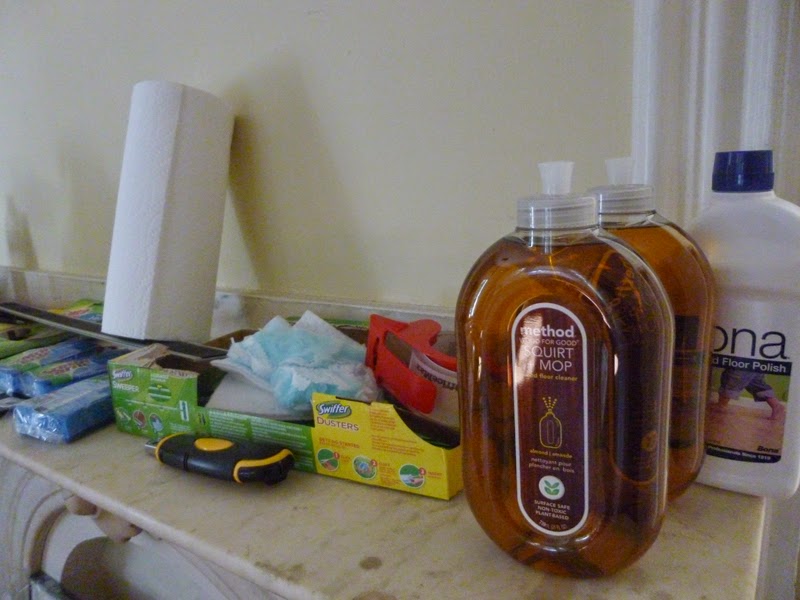 The transformation of the downstairs apartment into a studio, at least temporarily, involved days of work by a clever friend capable of carrying heavy cases and thinking about organization.

Though I planned to use all these cleaning supplies, I ended up hiring several woman who whipped through the place in a blink of an eye. I'd had it cleaned professionally a few months earlier so it needed very little.
I've started to see a new therapist who approaches these sessions in an entirely different way -- I have had many therapists, but of the old variety who didn't ask questions about functioning in daily life and practical goals. One of the phrases that she threw toward me was the idea of executive function. As if mine is a bit wobbly. I hadn't told her that, while I had her address, I'd forgotten her name. That didn't particularly bother me because I assumed she'd tell it to me when I got to the office or I'd muddle though, somehow. But it became necessary to take the elevator in the building. I had to show my license and tell the guard where I was going. I  knew the floor and the room number, but the not her name. Luckily he figured it out.

And this week, when I drove to Salem, I got lost as I usually do, trying to find Peabody Essex Museum, which wasn't bad. The problem was when I went home … that was major league getting lost.
It wasn't until I was almost home that I realized that I have an iPhone, a new one, and that there is Siri inside of it who at least could have told me where I was.
And there's also a map, not that I could have read it since my map reading skills are nil. But I could have used the woman who talks the driver on her way.
I don't know these systems yet, but when I learn them, hopefully I'll remember to use them.

And then, I promised myself that I'd go out on Wed. night to a poety reading…so that I wouldn't fall prey to the dreaded winter horrors that attack as soon as it gets dark. I hate the dark. I'm not depressed, actually, just filled with hatred for the dark. I'm functioning quite as well as usual, thank you very much, in daytime, but night…               No………….
At any rate, I'd promised myself to go to this reading, early, 5:00, so I could do some work on the computer…          but……..I  didn't.      Since I hadn't bothered to notice who was reading…I didn't know that I was going to miss a reading by George Kalogeris, one of my favorite people.

Did that teaching me a lesson?

I have to work on executive functions. I used to drive the chairman of the art department absolutely wild because of what he called my 'inattention to detail.'   I wish I'd understood it better then, It would have saved me a lot of grieve and allowed me, at least, a protective layer. Luckily I had friends, like Lorie Novak, who helped me when I was in the worst of the dog houses. 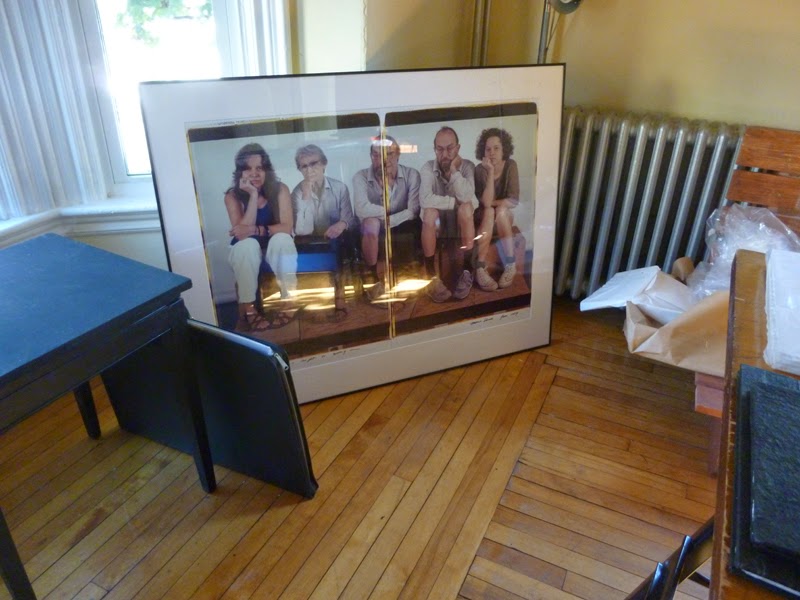 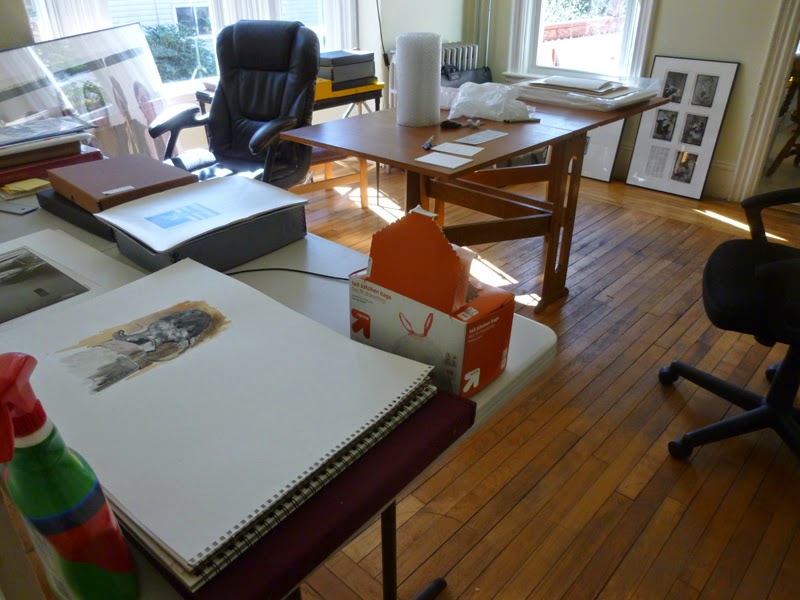 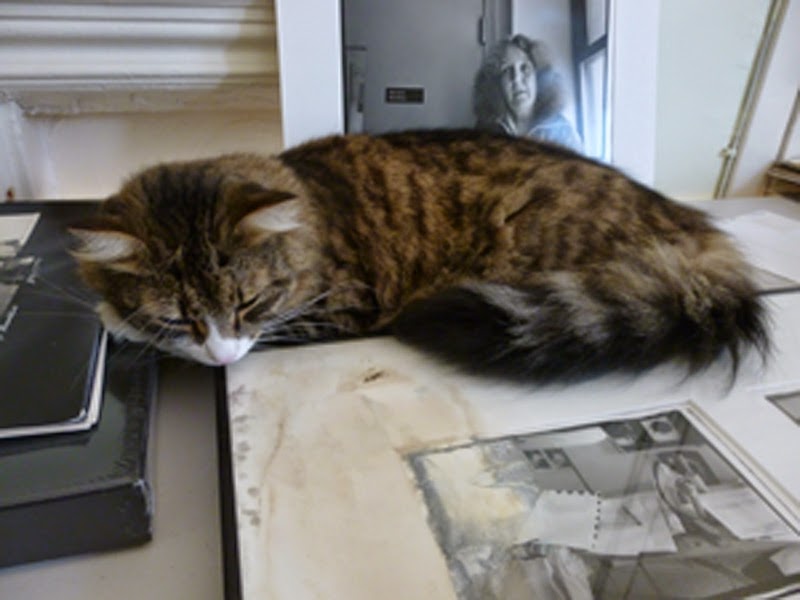 Sherlock thinks this is his apartment, rather than my studio. He's an absolutely gorgeous creature, if only I weren't allergic to cats and he was nicer to Bogie who he deliberately taunts by lying across any doorway the dog wants to go through. Sometimes he pounces when Bogie's asleep in the morning (he doesn't get up before 11, usually,) thinking that if he wakes him….he'll get a second breakfast….
Bogie is 14 and eats special food, so he gets more servings and much coaxing with tidbits. I think that cats, in general, and Sherlock in particular, watch carefully, judging the fairness of food distribution and he's quite right that he doesn't get fed as much, as often, usually.