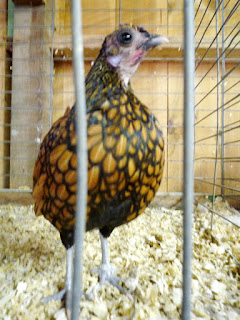 Susan and her cohorts did an enormous amount of work to get the site up and running. I hope that you'll take a look at it, become involved with it. We've had nice comments ....... And are eager for more readers and folks becoming contributing editors, writing for Roundhouse writing, making comments....  Take a look!!!!!  www.run-to-the-roundhouse-nellie.com

I hid in the weeds while she did the heavy lifting...

I seem undone by almost all technical challenges until I've mastered them.

Yes, I could at one time load film into a camera and even develop it. Now I can load digital images into a computer, but I can't work the new smart phone that I unwisely bought, thinking it made sense and wouldn't be that much more expensive. Even two smart friends (who have I-phones) couldn't figure it out since it's not an I-phone...and I waited around too long to trade it in. So, that's one task to be done. And another is to get help for the computer I bought, but I've been unwilling to start using since I'm editing right now, video editing, and I can't imagine that this will be possible on the new computer with a much larger screen.

On the good side, today I figured out how to print on DVDs that I succeeded in editing and making on the old laptop. It took quite a bit of thinking and a great feeling of failure until I realized that I needed ink.

The DVD player broke down. I need to get a new one. Now I can't check the DVDs that I edit on it.

My car made it through inspection and I had new suspensory something-or-others put on this week.

It took me two days to figure out how to get into this blog. I was signed into a different gmail, but why would I notice that?

I'm starting a course on Interactive Documentary which will be way above my head.

It's not age, I don't think. I've always been like this.

But age doesn't help because there is so much to do, so many interesting things to do. A friend asked if I'm having enough fun, but work is my idea of fun. And I'm so lucky to be able to do it when some technical something-or-other isn't fouling it all up.

I remind myself of the woman who, as she went down to the cellar, saw an axe embedded in the beam above the stairs, so she sat down, worrying that her daughter might get hurt when she went down for the laundry, she sat so long that her daughter came to find her and saw the axe and started to worry, too, beside her mother until the son found them, and soon they were all crying because each knew that someone they loved would surely get hurt by the axe in such a precarious location...
and so on...
until the whole family was huddled and weeping
until a friend, someone not overcome by speculation and fretfulness, reached up and pulled the axe out.

Posted by melissashook at 5:36 PM

Email ThisBlogThis!Share to TwitterShare to FacebookShare to Pinterest
Labels: ww.run-to-the-roundhouse-nellie.com