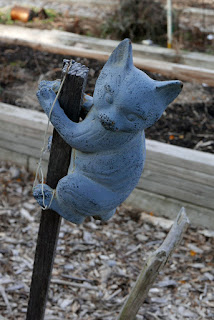 I have absolutely no idea why I took the dog for a walk and came back, having decided to write on this blog which I've ignored since last May.

I've been preoccupied with long projects, eight months of daily self-portraits that started in December 2014. It took me months to finish the digital prints which meant buying a new printer, expensive paper and learning new skills…and I can't say that I learned them all that well.

Then taking a nine-month course on writing a memoir which ended about two weeks ago. Now I'm working it even more seriously. This is a book I started about a thousand years ago, when I was in my late twenties and finishing up college through the Goddard Adult Degree Program. Will I finish it?

I've also worked on a long website about Briar Hill Farm and George and Arlene Brown. I met them in 2012 when I did my first video of George talking about how much he pays for hay, grain, feed, help and so on each year. At that point there was hope that the only Thoroughbred racetrack in Massachusetts would be saved and their business would remain stable. The closing of  Suffolk Downs had a profound impact on hundreds of people who worked on the backside and also to those who raise Thoroughbreds.  The website is www.briarhillthoroughbreds.com    You might like listening to the Browns and looking at young horses.

My beloved dog, Bogie, died in June. He'd managed 15 years, with only a bad last few months. An excellent companion, gentle and polite, very accommodating. It's remarkable that his trainer, Jenifer Vickery, actually found another Shih Tzu for me. This dog has been left in a park, found by a young rabbi and her husband. Luckily she was training her real dog with Jenifer and that's how the connection was made and I got Boris Karloff. It took a long time to come up with his name. I considered Benedict Cumberbatch and also Leonard Nimoy, but neither seemed quite right. I wasn't entirely happy with him at first. He's small and rather too fetching. But he's grown on me and I've figured out how to prevent him from peeing in the kitchen at night. I thought he was smarter than I am. And he almost was. It's take quite a bit of cleverness on my part. He's without conscience and I was used to Bogie's earnest obedience. 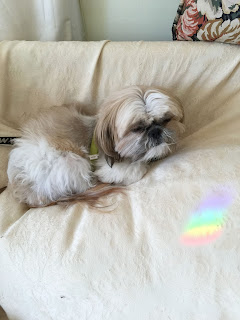 Boris is very sociable and I'm going to a gallery opening tonight because he likes them so much. That's how I learned that he can stand on his hind legs, looking fetching, begging for a treat. I would never have guess. I'm not comfortable at openings since I can't think of anything to say, but he has such a great time that I'm forced to take him.

When he and I were taking a walk in Charlestown, a man stopped to admire him, announcing that he's an Imperial Shih Tzu. I'd never heard of that and looked up this new aspect of that breed when I got home. It turns out that this type of dog is quite suspect, the concoction of unconscionable breeders who are trying to create teacup dogs and that no one should buy one…. under any circumstances...they have trouble adjusting to heat and cold…. and are to be avoided. Boris is just about at the end of that weight scale and might just count as a regular Shih Tzu…  rather than an inconvenient impostor.

Boris hates snow and has to be carried over it. It's been an unusually warm winter. I can hardly believe it since I was prepared for something like the level of snow that we had last year. It's hard to know whether to be pleased about this since it's clearly a sign of global warming……….

I have missed knowing what the Cuban in London is doing, but have been able to catch sight of the Tearful Dishwasher's children on Instagram. I fell in love with it …… after I used my iPhone camera with the Hueless app for the self-portraits. It's very touching to see photographs of people who live in Iran, Germany, Italy…………   My pictures are pretty ordinary…and my name on Instagram is M_Melissa_Shook…..I used it since there are two other Melissa Shooks…one is a wedding photographer and the other was murdered by her husband in Florida some years ago.

Strange to be back on the blog……Happy New Year and thank you………..

Posted by melissashook at 2:01 PM