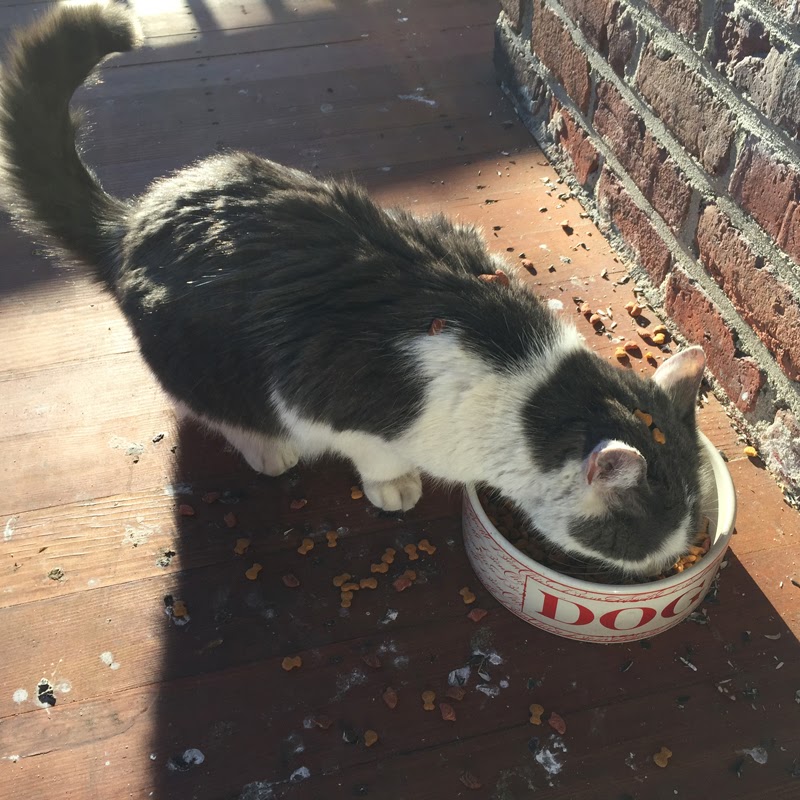 My daughter salvaged 16 or 17 strays with a lot of work, energy and Brian, who is devoted to saving cats and has a network to pick them up, have them altered and find them homes.

He doesn't like to take cats from Chelsea because many of them have diseases, but he tricks the giant, as my daughter would say, picks them up anyway.

This old guy had been around for many years. He was fed by two people on the street in back and by me, when the birds didn't eat his food. If you could see closely, you'd see that I dropped a lot of food on him after he hustled me from the car to the bowl.

I hadn't known whether he was eating the food I put out, though I could see his footsteps in the snow, or whether the birds were getting it all.

But Brian got him. He left a cage here early on Saturday and by mid-afternoon, the old guy went in and sat there, waiting quietly. Brian later called me to say that he was very calm and had obviously been an indoor cat that was abandoned. There's a lot of abandoning of cats around here.

I felt seriously guilty that I'd pulled him from his routine since he'd worked out a life, but I felt much better after Brian told me how calm he was and that it won't be hard to place him. 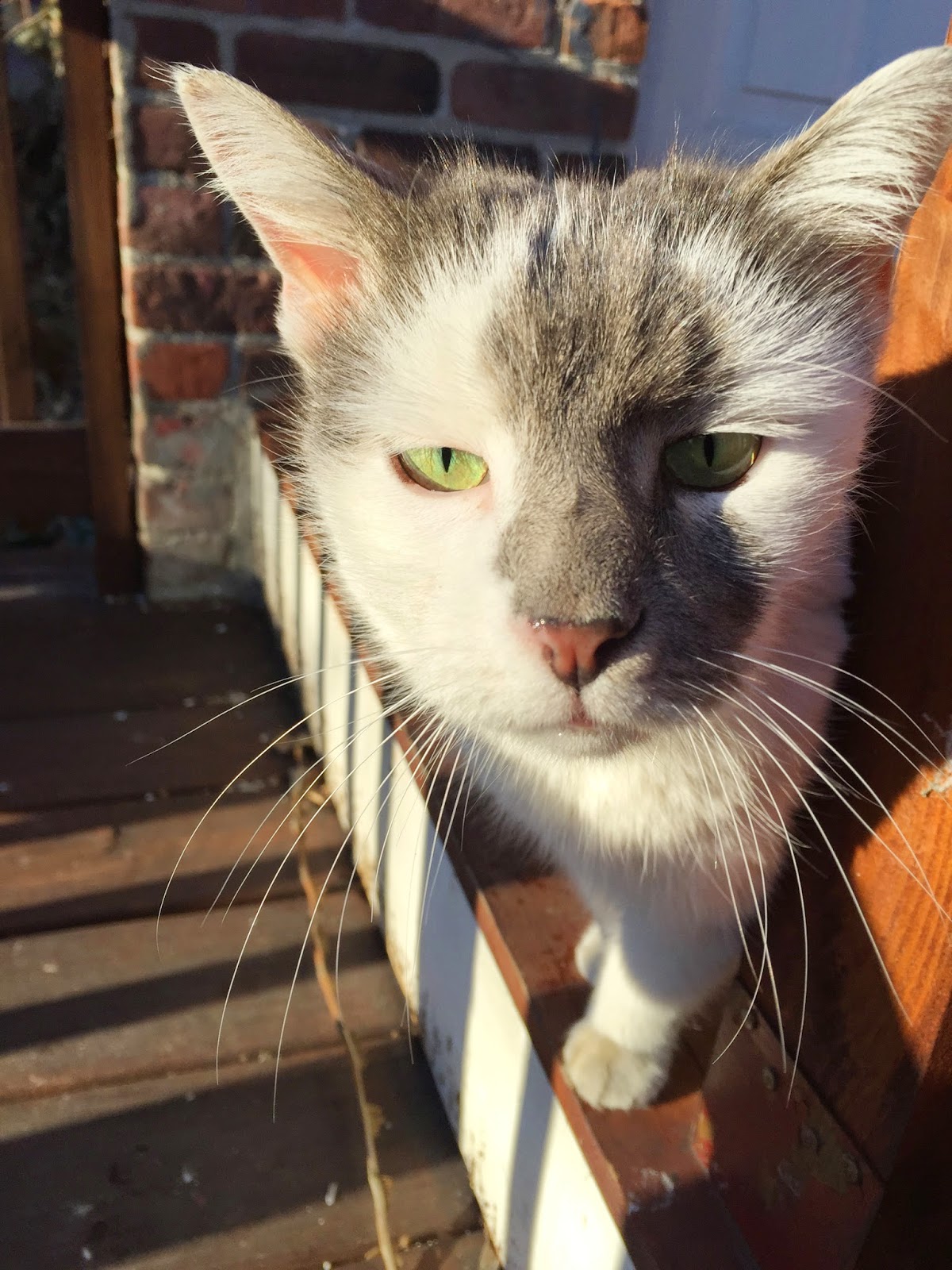 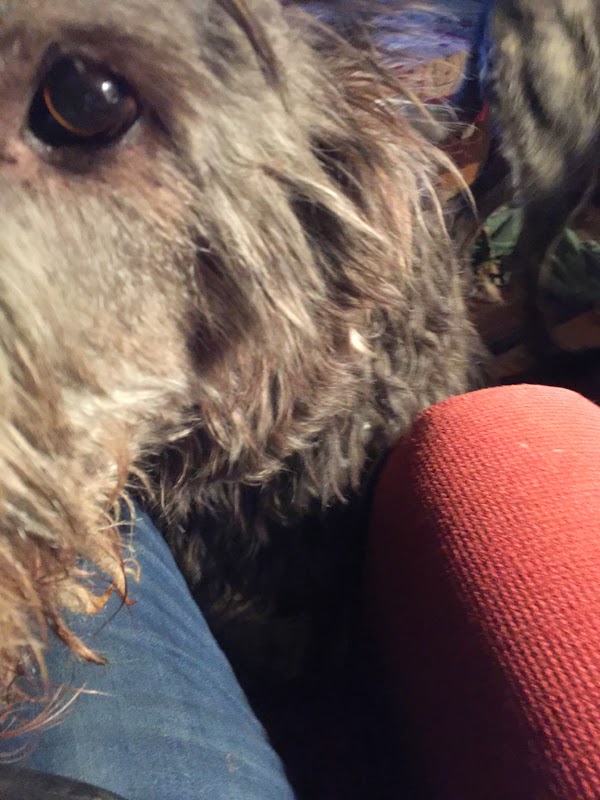 This is purple, or Geileise, trying to get on my lap. She could easily squash me with her clumsy eagerness.

The Wolf Hound seems to be primordial, like wild turkeys that I saw recently near Mim's house where seven or eight seem to have quite a happy existence. 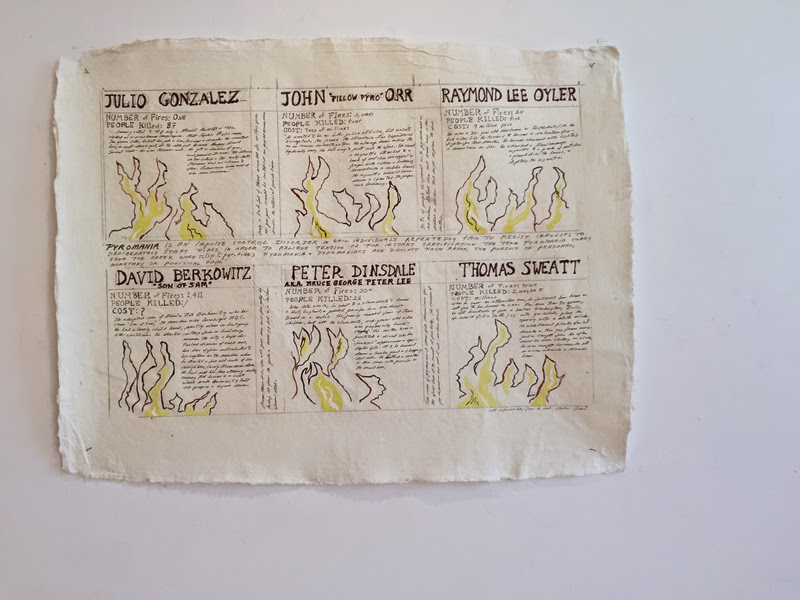 These are the pieces for the pyromania show. They looked very quiet in that lovely space, so nicely sunlit, but okay.

There's a lot of writing and a little drawing and the paper is quite terrific. I bought a bunch of sheets from someone, intending to draw mushrooms on them. But I didn't. And couldn't imagine that I'd have any use for them, but they worked well for this…lovely paper with odd edges and a heavy texture.

Thank you for reading…and take care... 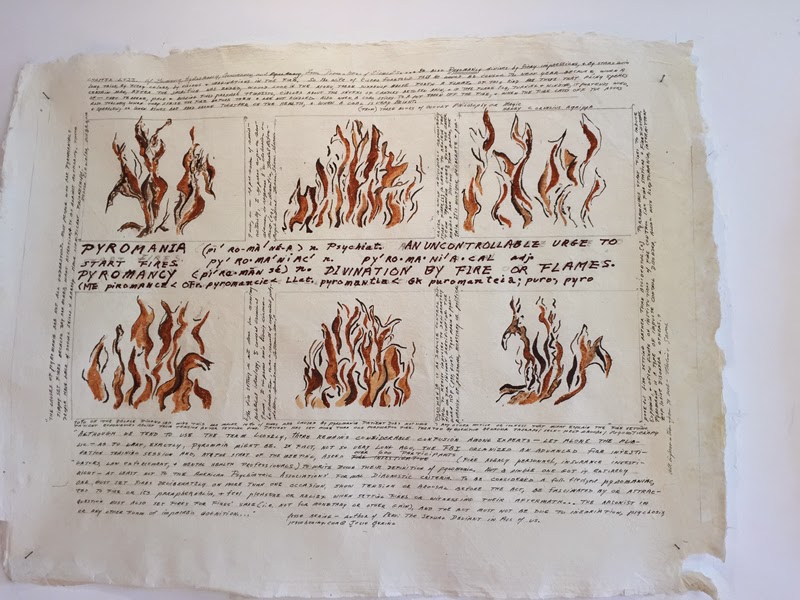 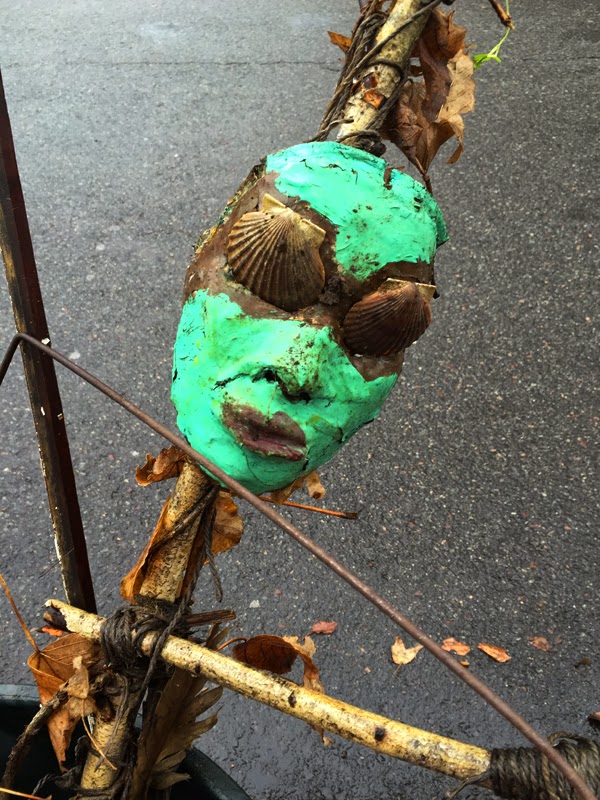 This is the last of the gorgeous scarecrow that my daughter made for the community garden a few summers ago. It was a painted mask of her face with shells for eyes and ears, the head attached to a stick body. I liked it a lot and it wore quiet well until I just had to bring it back here and finally, finally, finally sent it off….    I'm sorry I didn't hang on longer, but that's often the way it goes…hanging on too long or letting go too soon….
Posted by melissashook at 9:29 AM