The heat didn't go off in this blizzard……..

and it didn't go off in the first…two storms between and the second highest snow fall in Boston since 1979….that year when my daughter went out in it to do normal things and I stayed inside watching it on TV. I can't believe that. Or I didn't believe that, but now I do…

my big event for last week was going to the lovely Dr. He to have the pin put in my implant… and then I got another rag drawing tablet of the size I've been using and a couple small ones…  part of me thinks this is silly, a waste of time when I could be writing, but perhaps I have no words, perhaps I feel too trapped in here.

I'm dependent on the man next door who I pay to shovel except that the plows push hard ice and snow back into the 2 feet I need to turn out of the drive, hard enough because the piles are so high that I can't make a decent arch without possibly hitting the SUV parked across the street. 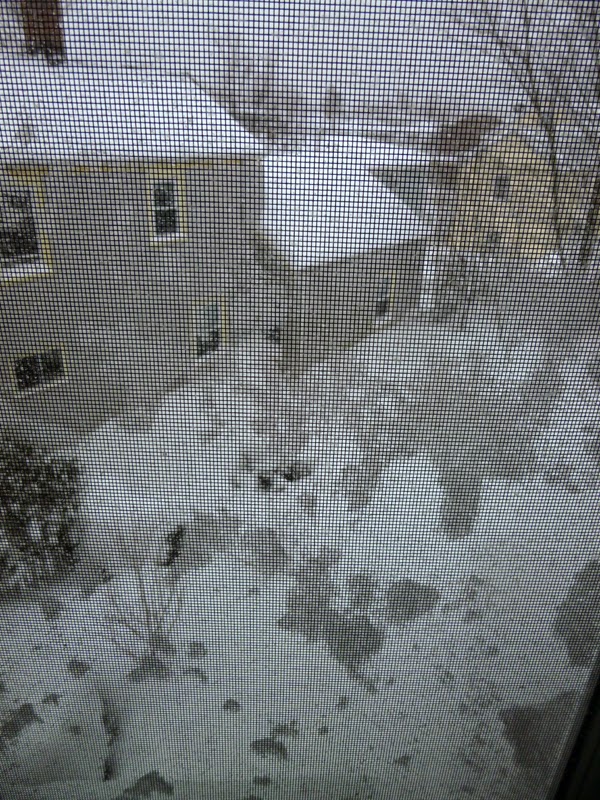 I'm always interested in poets writing about the fields outside of their homes, the blossoming trees, the stars. They don't live anywhere near where I do. I'm not quite as close to neighbors as I could be because there is a useless piece of land between my house and that of Carlos and Maria. When I pull into the driveway, I can tell if she's drying the laundry because I small the sheet she uses to take away wrinkles. Sometimes the man on the other side smokes on his upstairs porch and often I see the tenants of Carlos walk back and forth. Of course they can see me, too.

This morning I took a photograph from my front door. It doesn't show the snow back which is probably 5 feet…but does make it clear that my yard is full up to the top of the fence.

I've done really well until about three days ago. Perhaps i got tense in the dentist office even though she's so competent…and say okey dokey sometimes. I asked where she learned that and she explain how much is learned form television when a person first comes here and that families in China were allowed to have a second child if the first had downs syndrome sine the child supports aged parents. She has the mot delightful laugh and is picking up her parents on Tuesday after their mostly-wintr in China. Her father would like to see snow so she hopes it might just get freshened up a bit which I think is possible since snow if predicted for Tuesday, Wednesday and Thursday….but not blizzards….    I like her very much, but I just can't hope for more snow.

The tedious thing is that I missed two drawing classes and the eye doctor appointment which was put off until this coming Wednesday. On Tuesday I'm starting a program on aging successfully. You may laugh. 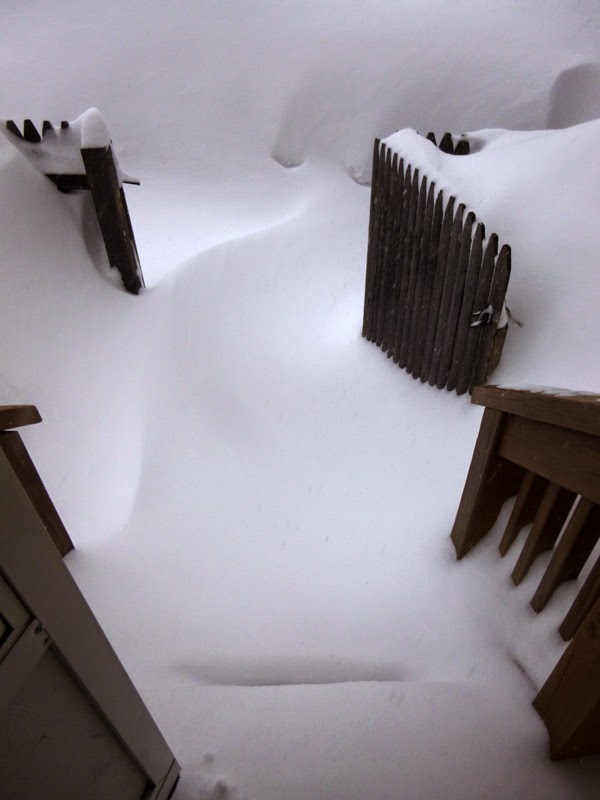 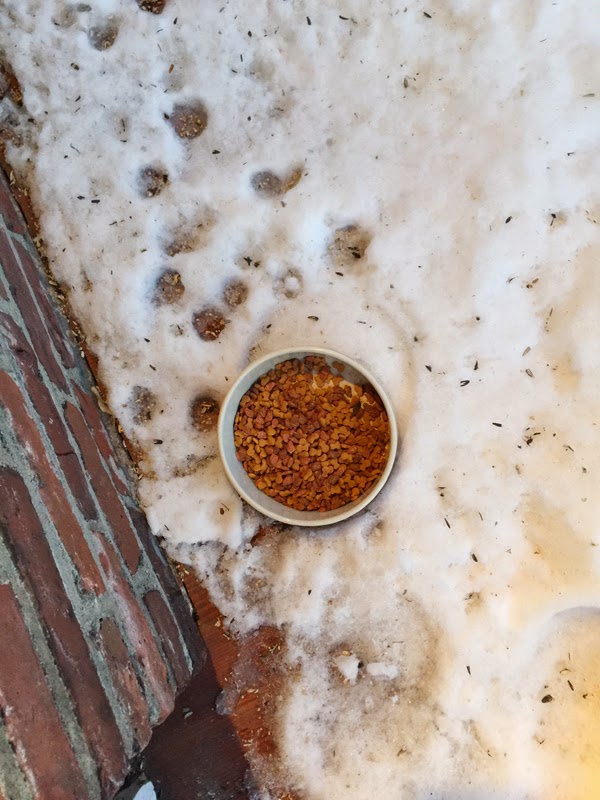 This is the cat bowl that I was filled at night and taking in once the birds came to eat. After Brian caught the cat which had been out for years, he decided there was another, put the trap out the next day and damn, there was another not too happy cat in there, gray striped. I was quite surprised. I couldn't get a good look at him because he was very nervous, but I'm sure I had never seem him before. Brian says, "Chelsea. There are always more cats."

Sherlock spends a great deal of time taking care of himself. I have interrupted him as he's going after his stomach…He's very fastidious, though he'd been more suitable as a scrabbled up cat, a nick here and there since he's given to great annoyance. He counts how much food Bogie gets since the dog whines and begs for just a few more treats in his bowl if he's going to eat that awful renal failure food…  But, by the time it's nine in the evening, and I've gotten up 7 or 8 time to give something more since he wild NOT go to sleep until this mysterious process of filling up is over, Sherlock just watches from a chair in the living room.

Thanks for reading this…..excuse the spelling mistakes, I really do have to get to that eye doctor appointment so I can have the laser treatment and be back to where I was, but it's just too much effort to correct everything…. 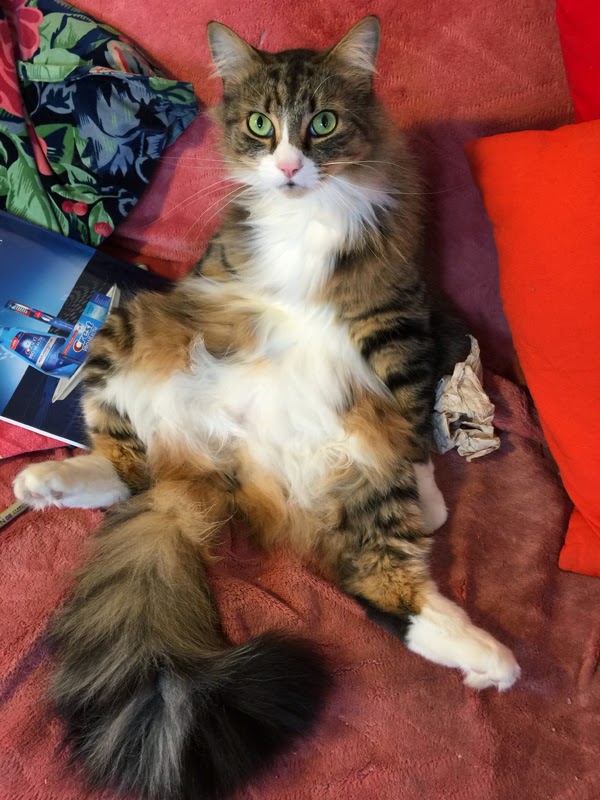 Posted by melissashook at 11:37 AM