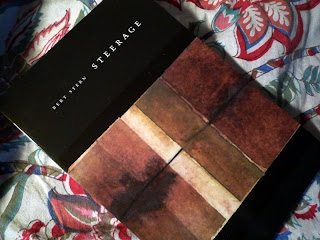 The Dishwasher's wife/beloved/partner mentioned synchronicity in one of her blogs around Thanksgiving. And that started me thinking about how my father discovered his unconscious when he was somewhere around seventy.
In his younger years, when he'd unfortunately been left to raise me, his main preoccupations were tumblers of scotch, martinis and ignoring conventions. He had sound arguments about why most everything was arbitrary including letters of the alphabet (I'm sure I absorbed that when I was around eight, long before my mother died, along with the fact that religions were designed to organize and confine and hardly to be trusted, much less depended upon.) Ceremonies like funerals and graduations were foolish. Novels were allowable, though non-fiction was preferable (and not to be trusted.) Poetry and philosophy were fluff, to be ignored. And, though he considered Darwin and Freud, admirable because of their formative and original thinking, the unconscious was of no concern, much less influential in daily life.
But by the time he became an excellent grandfather to my daughter, he'd begun to think about the importance of dreams, to write his down, had read a bit of Freud and Jung, and discovered The Tao of Synchronicity, a small paperback which he gave to Krissy. She believes in synchronicity, just as she believes in a diet of joy. And she still has that worn paperback, held together by a rubber band that her grandfather gave her.
This last Saturday at the Bagel Bards, I sat talking with Bert Stern, who gave me his new book of poems, Steerage. Somehow the name Taylor Stoehr and a program of teaching probationers about reading and writing came up. It turns out that Bert has been working in it with Taylor who became his first really good male friend in Boston.
A few weeks ago, a student in my class was reading while he waited for his film to dry. Noticing that the Xerox was of prison diaries, I asked who was teaching a course like that. He described this rather unassuming man with whom he's taken two courses. Taylor Stoehr. I hadn't known of anyone else in the University who was actually volunteering to work with such disenfranchised people. (Most of the more radical teachers are in the College of Public and Community Service, not in what was once the College of Arts and Sciences.)
I e-mailed Taylor Stoehr that afternoon and we met a week later. What I really liked about him is that he has no expectations about what the classes 'will do to improve' the probationers lives. He recognizes that most probably won't change all that much, except for the knowledge that they've had something like eight weeks talking in small groups, reading Fredrick Douglass' writing, written some themselves, and begun to build up some sense of trust in each other that naturally led to expressing difficult feelings and ideas. And they participated in an ending ceremony that acknowledged what they had achieved -- experienced -- though it might not be quantifiable.
This morning, after I took a page for xerox to the Department, I ran into Taylor heading toward his class. We talked a minute and he mentioned that Bert Stern told him that he knew me. And I said that Bert told me he was inheriting Taylor's copy of the syllabus for the prison diary course and I asked him for extras.
Today I will begin to read Bert's book.
Posted by melissashook at 11:46 AM